The East Midlands has plenty of reasons to remain optimistic about its future prospects, with the fastest growing economy in the UK outside of London and the South East.

The region has shown good signs of entrepreneurialism in recent years, with the number of businesses growing by 19% since 2010 to 207,405, only slightly lower than the UK average.

Current underlying economic conditions, including the depressed pound, have played into the hands of East Midlands manufacturers, who are enjoying an uplift in export orders as their products have become more affordable overseas. 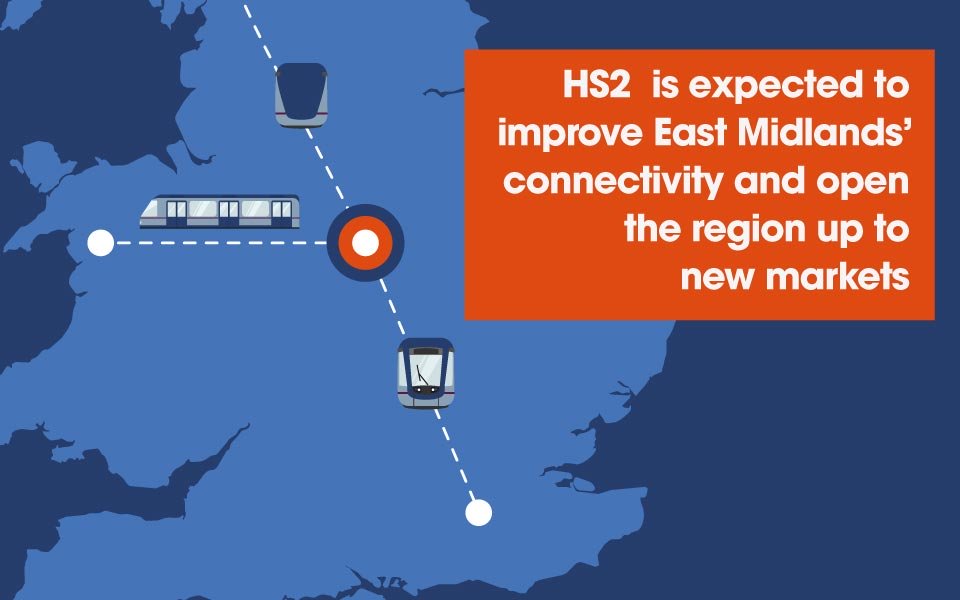 The number of businesses operating in the construction industry saw relatively slow growth historically, increasing by just 10% between 2010 and 2017, compared with a 16% growth across the UK.

Today the industry continues to face some well-reported headwinds across the country, particularly in the commercial sector, as economic uncertainty has caused industrial building projects to be put on hold, and builders in the East Midlands have not been immune to that.

Conversely, there has been a spike in electricity generation businesses, which have surged from 65 to 265. This huge 308% growth has been driven by an increase in electricity demand across the region, led by large businesses such as Western Power Distribution.

Transportation businesses have also helped to drive the economy forward in the region – in fact, the number of such businesses has increased more than double than the rest of the UK. In the city of Leicester alone they grew by 224%, while in Northamptonshire they rose by 131%.

The East Midlands has also seen an 81% growth in the transportation and storage sector. This includes various types of both passenger and freight transport firms, from rail to air, along with warehousing solutions and postal/courier services. This massive rise is 59% higher than the sector’s average across the UK, and brings the number of businesses up from 6,835 to 12,360.

Suppliers of electricity and air conditioning have also enjoyed success, with businesses growing 100% in Northamptonshire, and 450% in Leicester. In Leicester, this considerable growth is partly thanks to firms such as Yü Energy, whose recent expansion to the city has created numerous jobs.

The East Midlands’ vibrant city economies, including Leicester, Northampton and Nottingham, have certainly benefitted from a strong pipeline of talent from the region’s universities, of which there are two in Nottingham alone.

The economy in recent years has become far more diverse overall, with growing strengths in the life sciences, as well as the financial and related professional services.The county of Rutland, home to Rutland University, has seen public administration and defence businesses increase by 100%. More generally in the East Midlands, public administration businesses grew more than double in size than the rest of the country.

Little growth in construction output has been forecast in the region until 2021, which will likely prove challenging for some businesses.

However, HS2 provides an opportunity to improve the East Midlands’ connectivity, building better links to the West Midlands, the north, Scotland, London and the South East. It’s expected that this will open the region up to new markets and improve its access to labour.

And the government’s Midlands Engine Strategy, announced earlier this year, will see almost £400 million invested, including training to give workers new skills and a £250m fund to support SMEs’ growth plans.

For further information on the sourced references for the Business Trends data, outside of the Business Population Estimates 2017 and Nomis official labour market statistics 2010 and 2017,  please download the information here (PDF, 233MB)