The number of businesses selling "recorded media"–from records, CDs and tapes, to video recordings and computer software–has decreased by one third since 2010. This is largely down to the fact that the way we consume media has changed, with downloads and on-demand services seeing a spike in popularity.

The UK’s media and entertainment sector, which recorded media is a big part of, is now worth almost £100 billion a year  – 11% up on the same period last year. But it's not all good news for some parts of the sector. 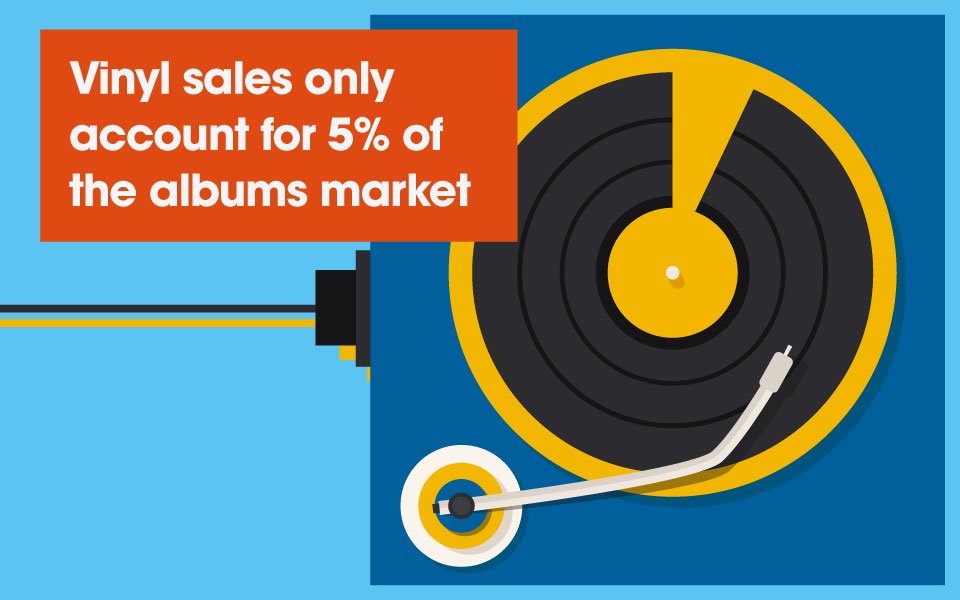 The number of businesses linked to ‘recorded media’, or CDs and DVDs, declined from 1,315 to 880 between 2010 and 2017, falling victim to the rapidly evolving digital world we live in.

Over the past decade, consumers have increasingly shown their preference for convenient, on-demand downloads of music and films from the Internet.

Among the highest profile casualties of this new way of consuming DVDs and CDs was Blockbuster, the DVD and games rental chain.

Throughout the UK, there has unsurprisingly been a gradual decrease in the number of stores selling recorded media, reflecting people's choice to consume music, films, TV and games via more modern methods.

There has been a large number of high-profile closures of these types of stores across the country in recent years, including HMV and Woolworths. While some independent stores remain in towns and cities throughout the UK, these are often steered towards consumers with more specialist needs.

Over the past decade, consumers have increasingly shown their preference for convenient, on-demand downloads of music and films from the Internet

The West Midlands has seen the biggest drop in stores selling recorded media, with businesses falling by 56%. In Shropshire, Malvern Hills, Warwick and Birmingham, the decline has been even more severe, with businesses decreasing by 100%. Birmingham's number of independent record stores have been dwindling over recent years, leaving just a few in the city today. Reddington's Rare Records was one of Birmingham's best-known record stores, with a huge collection of vinyl to choose from. The business finally closed for good in 2014 after switching to online trading, following the closure of its physical premises several years ago.

This pattern has been echoed in Yorkshire and the Humber, where businesses have dropped by 50% overall, and 100% in Bradford, Harrogate and Barnsley. Bradford's last independent music shop, Discovery, closed its doors in 2013, after nearly 30 years of trading.

In London, the decline has been slightly slower, at 36%. Lambeth has taken a greater hit, with businesses decreasing by 60%, while they've fallen by 47% in the City of Westminster, with much-loved stores such as Music & Video Exchange in Soho shutting up shop.

Recently there has been a renewed interest and revival in sales of vinyl, which had previously been in decline since the 1990s.

While vinyl sales still only account for 5% of the albums market, the ‘vinyl revival’ has prompted the opening of a large number of small specialist independent record shops and labels.