The country’s capital has long been an international economic powerhouse based on trade and commerce, with an economy bigger than some European nations.

Today, London’s economy is driven by the service industries, particularly financial and business services firms located in the city’s centre.

Of course, central London is also a hub for the hospitality and entertainment sectors thanks to its status as a tourist destination, with a record-breaking 31.5 million international and UK tourists visiting the city during 2015.

Between 2010 and 2017, the number of accommodation and food service businesses grew by 24%–11% more than anywhere else in the UK. 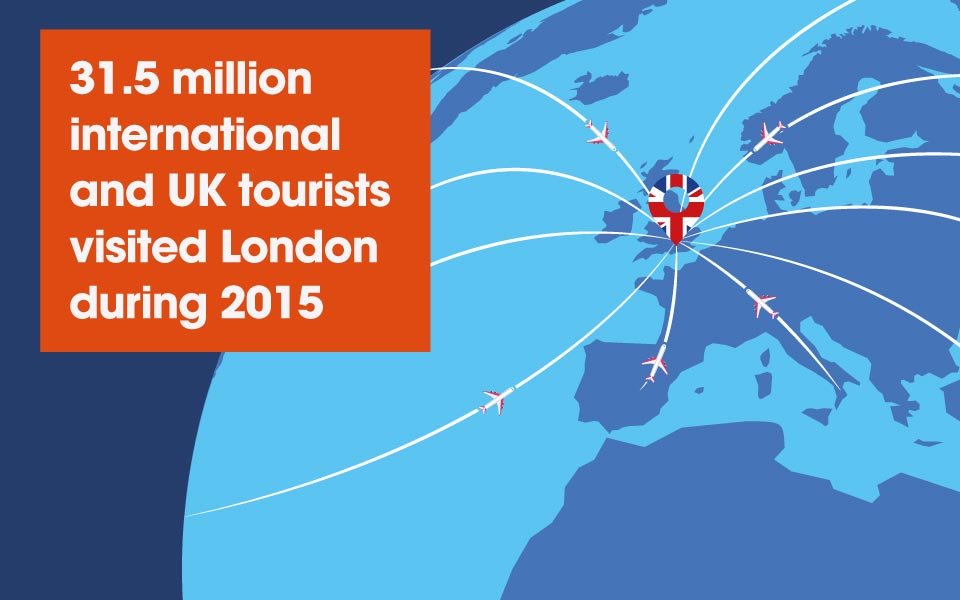 The UK is also growing in popularity with overseas visitors, with record numbers of tourists recorded—a trend that is felt particularly strongly in the capital.

It’s not just tourism that is driving London’s economy. Electricity suppliers have surged by a massive 904% – 587% more than the rest of the UK. London’s overall growth has meant that the capacity of the network has needed to increase. Plus, interestingly, London’s first not-for-profit energy firm, Angelic Energy, launched in Islington in 2017.

The construction industry has also seen great success in the city, with businesses increasing by 55%, which is 39% higher than the UK as a whole. This is unsurprising perhaps, as the higher number of people living and working in the capital means there is more demand for new office and housing developments.

Outside central London, the economy skews more towards serving the city's resident population of more than 8.5 million people, including healthcare, education, retail and business support services.

SMEs make up the vast majority of Greater London businesses and account for almost half of all employment and business turnover, according to official figures, which exclude financial services.

And the city region remains a centre for entrepreneurialism.

London benefits from a high level of infrastructure investment and the Crossrail line, due to begin opening in phases from 2018

Between 2010 and 2017, the number of businesses in Greater London increased by 44%, reaching 566,715. This has been led by Newham, Barking and Dagenham, and Hackney, where businesses have grown 120%, 103% and 93% respectively. In fact, the top 12 UK authorities for growth in business numbers during that time period, were all in Greater London.

In Newham, where the largest increase in businesses was seen overall, this was fuelled by a 356% rise in the number of admin businesses, such as employment and rental agencies, along with a 238% rise in professional, scientific and technical activities, which includes engineering and legal firms.

In the northern borough of Barnet, success was seen in the water supply and sewerage sector, where businesses rose by 150%.

Research has found that more than two thirds of all new businesses in the UK are founded in London, with technology the most entrepreneurial sector, followed by food, retail, finance and marketing.

The city is particularly supportive of technology start-ups, with a number of hubs and incubators set up to foster their success.

London benefits from a high level of infrastructure investment and the Crossrail line, due to begin opening in phases from 2018, will improve journey times, ease congestion and better connect the city.

It is estimated Crossrail will support 55,000 new jobs and add £42 billion to the economy.