The West Midlands has long been renowned as a centre for industry and manufacturing, known as the ‘workshop of the world’. Today, despite the challenges of globalisation, manufacturing remains the largest industry in the region, with strengths in basic metals, metal products and transport equipment.

The industrialised area known as the Black Country, which commonly refers to the four Metropolitan Boroughs of Dudley, Sandwell, Walsall and Wolverhampton, particularly focusses on advanced manufacturing and engineering, aerospace, automotive, and low carbon industry.

The region also boasts excellent connectivity, being well-served by major road and rail networks, which helps to support its entrepreneurialism. 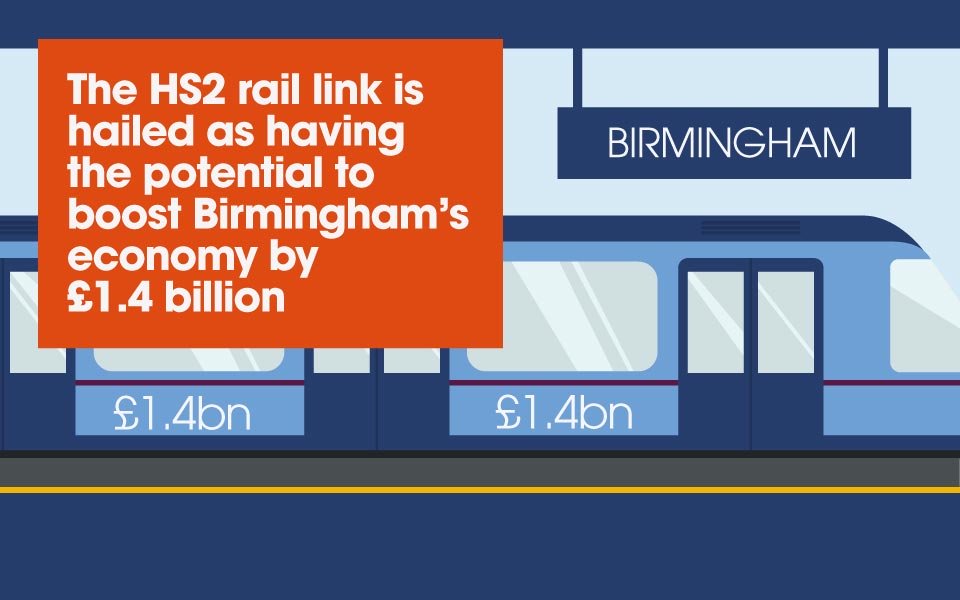 The service sector also plays a large role in the region's economy, employing almost half of the working population.

Birmingham is a regional financial centre which has been tipped to become more important nationally. However, the number of financial and insurance businesses in the region has fallen by 1% since 2010 – this is a disappointing figure, compared to the 14% rise throughout the UK as a whole. Several financial big hitters have already set up shop in the city, including Deutsche Bank, Deloitte and Ernst and Young, which may have put off smaller set-ups and start-ups.

Construction businesses have also seen slower growth than the rest of the country, having only risen by 8%, compared to 16% overall.

More generally, the number of businesses in the West Midlands grew by 19% from 2010 to 2017, though this is slightly behind the UK average of 22%.

Conversely, the transportation and storage industry saw a particularly significant increase during this period, with the number of businesses up by 95%, against a UK average of 51%.

Continuing with the transportation and storage sector, two of the major cities in the region, Birmingham and Coventry, along with the borough of Sandwell, have seen rises of 137%, 168% and 129% respectively. This includes postal and courier services, land, air and water transport companies, plus warehousing solutions. In 2017, high street retailer Argos opened a new warehouse in north Birmingham, and in 2018 international retailer Amazon will open a new fulfilment centre in Rugby, following in the footsteps of warehouses launched in Coalville, Daventry and Rugeley.

Coventry has also seen an 85% increase in the number of professional, scientific and technical businesses, such as legal, architectural and consultancy firms.

Also positively, the number of agricultural companies has grown by 12% in the West Midlands, compared to just 9% in the rest of the UK – this includes everything from the growing of crops to farming animals. In particular, milk and poultry from the West Midlands contributed £334 million and £213 million respectively, to the value of the £2 billion output.

West Midlands firms are successful exporters, posting the fastest export growth of any UK region. It's also the only region exporting the majority of its products and services to China.

There are a number of planned infrastructure projects that look set to deliver a significant boost to the region’s prosperity.

The Midlands Engine, which was launched in 2016, is a multi-million-pound initiative to boost productivity in the region. This will include investment in transport designed to tackle congestion, a new university to create a pipeline of skilled graduate engineers and £250 million of growth funding for small businesses.

The HS2 rail link is also hailed as having the potential to boost Birmingham’s economy by £1.4 billion through reduced journey times between the Midlands, London and the north.

For further information on the sourced references for the Business Trends data, outside of the Business Population Estimates 2017 and Nomis official labour market statistics 2010 and 2017,  please download the information here (PDF, 233MB)