A few decades ago, buying a car was as simple as looking at the price tag: if it was in your budget, it was the right choice.

But cars have evolved since then. What’s cheapest is no longer the only priority. The types of fuel our vehicles use is now also a significant factor in the choices we make; not only is it getting more expensive, but reducing emissions is now a bigger priority than ever before.

To help you better understand what kind of car you should opt for, we explain everything you need to know about diesel, petrol, electric cars and hybrids.

What’s the difference between petrol and diesel?

Petrol is a liquid fuel made by distilling petroleum. It’s used in traditional combustion engines, where the fuel is ignited (combusted) with a spark. Petroleum is produced from fossil fuels like crude oil, hydrocarbons, coal and natural gas.

Diesel, on the other hand, is a manufactured liquid fuel that can be used to power a diesel engine. Diesel engines use air compression to ignite the fuel rather than a spark and have a higher thermodynamic efficiency — and therefore fuel efficiency — than petrol engines.

Why is diesel more expensive than petrol?

In the UK, diesel is typically more expensive than petrol for a couple of reasons:

Is diesel better than petrol?

Petrol and diesel engines both have their pros and cons, so it’s not easy to say which is ‘better’. It depends on what you prioritise; while diesel cars are more fuel-efficient, petrol cars produce fewer emissions and are typically cheaper to buy.

Not too long ago, diesels were said to be more environmentally friendly than petrol cars. There were even tax breaks to encourage more people to drive them.

But more recently, diesel car taxes have been hiked up and sales have fallen because that view has changed. It’s now thought that petrol engines are actually the cleaner option of the two.

Yet while petrol might be a little kinder to the environment than diesel, they both pale in comparison to newer innovations in green travel: hybrid and electric cars.

What is an electric car?

An electric car, or ‘electric vehicle’ (EV), is a car that is powered by a built-in battery instead of the traditional combustion engine used in petrol and diesel cars.

EVs are fitted with a battery pack connected to an electric motor. This battery pack can be charged using a specially made charging cable, either at home or at one of the 17,000 designated charge points in the UK.

Best of all, electric cars don’t need an exhaust pipe. That means zero emissions on the road — perfect for anyone who wants to reduce their carbon footprint.

What’s the difference between an electric car and a hybrid?

Whereas an electric car is completely powered by electricity, a hybrid has both a battery pack and a combustion engine. Hybrids can use both petrol and electric power together, reducing emissions while retaining good mileage and speed.

Because hybrids do have a fuel-powered engine, they do still produce emissions, so they’re not zero-emission vehicles like electric cars are.

What types of hybrids are there?

There are three types of hybrid vehicle you can choose from: 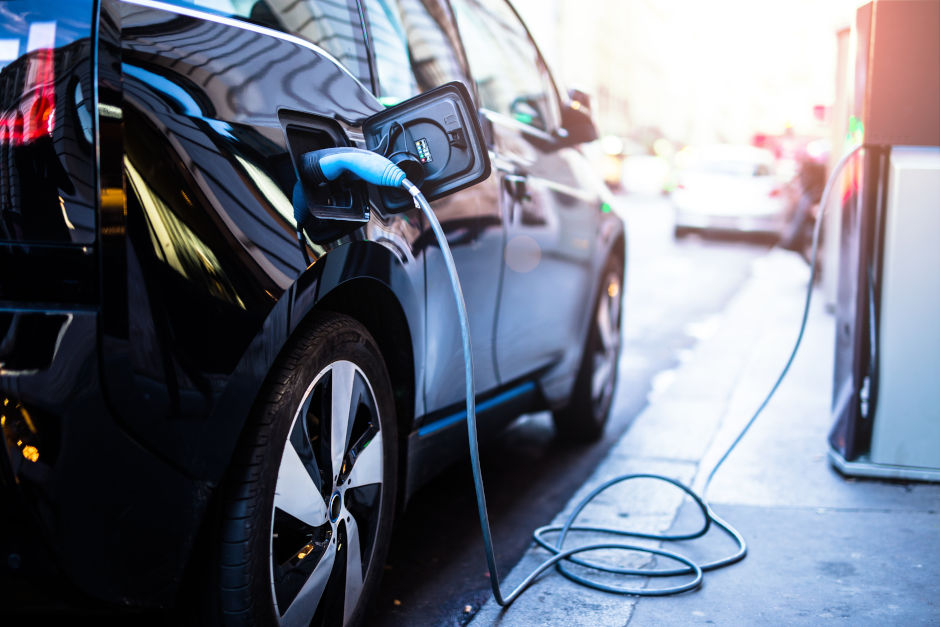 Which is best: petrol, diesel, hybrid or electric?

Electric cars are getting better mileage as the technology evolves, with some of the best electric cars getting up to 300 miles when fully charged. However, that still puts them behind petrol and diesel cars, and home charging can take up to six hours, so they’re not ideal for long journeys.

Hybrids, on the other hand, have the best of both worlds. Their onboard batteries provide extra power on top of their combustion engines, taking you much further with one tank of fuel than you could go with a traditional petrol or diesel engine.

Petrol engines are usually quieter than diesel engines, but neither of them can compare to the soundlessness of an electric car. In fact, electric cars are so quiet that there are proposals to add artificial engine noise to them in order to make them audible to pedestrians and cyclists.

Hybrid cars are quiet too, but the fact they still have an internal combustion engine means they’re not quite as silent as their full-electric counterparts.

Neither diesel or petrol engines are particularly friendly to the environment. Diesel produces fewer CO2 emissions than petrol, while petrol generates fewer additional pollutants like nitrogen.

They both pale in comparison with electric vehicles. Electric cars generate no emissions directly; the only carbon footprint they produce comes from upline emissions involved in the manufacture of the car and engines themselves, plus the emissions required to create the electricity in the first place.

Hybrids sit between the fossil fuel engines and electric batteries in terms of emissions, but ultimately can’t compete with the latter.

Despite what we know about the pollution caused by petrol and diesel engines, there’s still one major barrier to the electric revolution: the price.

Electric cars are getting cheaper all the time (and many are free of car tax), but they’re still 30-40% more expensive than their petrol equivalents. For a new car, that could be a price difference into five figures; despite the major cost savings on running costs (it costs around £4 to charge an EV enough to go 100 miles), it would take years to make up the cost difference on the initial purchase.

Hybrids are expensive, too. The main reason they cost more than petrol or diesel cars is that their on-board batteries are still very costly to make. This has to be baked into the retail price of the vehicle.

So which is the cheapest option between petrol and diesel? While you get more miles per litre with diesel than with petrol, petrol is generally cheaper, and cars with petrol engines are usually less expensive to purchase and service. Car tax is now often more expensive for diesels because the Government wants to encourage more people to use cleaner alternatives. Finally, the falling popularity of diesel cars means they no longer hold their second-hand value as well as they used to, so you won’t make up as much of your investment if you decide to sell.

Preparing for the journey ahead

Whichever type of car you choose, you’ll want to make sure you’re fully protected for all eventualities. That’s why at Swinton, we offer a range of comprehensive Car Insurance policies designed to cover all kinds of cars, whether that’s an old diesel engine or a state-of-the-art plug-in hybrid.

Find out more about our Car Insurance today.