Middle-lane hogging and the hard shoulder: UK motorway rules you need to know

For the most part, the UK’s qualified drivers know a great deal about the laws of driving on A-roads thanks to extensive driving lessons and road experience.

But there’s one area of road law that, for many, remains a mystery: motorways.

In this guide, we explain some of the key rules you should always follow when driving on the motorway in the UK, including speed limits, smart motorways, and using the middle lane.

Who can use the motorway?

The rules of motorway lanes

Who can use the motorway?

Types of vehicles permitted on motorways

There are several types of vehicles that can be used on British motorways. These include:

Road users NOT permitted to use the motorway

The majority of road users banned from using the motorway are those who can’t reliably meet the minimum speed requirements, including:

Can learner drivers use the motorway?

Yes, learner drivers can use the motorway — as long as they’re accompanied by a qualified instructor who has dual control of the car.

It used to be the case that learner drivers were only allowed on motorways once they’d fully passed their driving test. However, in a bid to improve drivers’ confidence on fast, busy roads, learners have been able to drive on motorways as part of their driving lessons since June 2018.

What is the speed limit on a motorway?

The speed limit for cars on UK motorways is 70 mph. Buses, heavy goods vehicles and vehicles that are towing caravans or trailers can only go up to 60 mph.

What is the variable speed limit on a motorway?

On smart motorways, the speed limit can change if there is an incident ahead. This ‘variable’ speed limit is designed to prevent further accidents by slowing down traffic. It can also be used to reduce congestion around roadworks.

Variable speed limits can change from the national speed limit of 70 mph to 60, 50 or even 40 mph depending on the severity of an incident ahead. Drivings must comply with changes to the speed limit, displayed on the overhead gantries placed intermittently along the motorway.

When the new speed limit is in place, you can be fined for going over the new limit; this is enforced by motorway speed cameras.

The rules of motorway lanes

What is each lane for?

Most motorways in the UK have three active lanes. Each one has a different purpose that drivers need to be aware of.

‘Middle-lane hogging’ is a term used to describe the act of driving in the middle lane when there aren’t any vehicles in the left-hand lane to overtake. It’s technically categorised as ‘careless driving’. If you’re caught hogging the middle lane, you could receive a £100 on-the-spot fine as well as three penalty points.

The reason middle lane hogging is illegal is that it leads to unnecessary congestion by causing traffic to cluster in the middle and outside lanes. It can also lead to drivers undertaking in the inside lane, which, although not illegal, can be extremely dangerous and is punishable if deemed careless.

Undertaking isn’t technically illegal in the UK, though it is most often considered needlessly reckless or aggressive. There are only a handful of permissible instances in which you may undertake on the motorway:

When is it safer to use the middle lane than the left-hand lane?

Despite the problems caused by middle-lane hogging, there are occasions when it could be safer for you and other road users to stay in the middle lane. 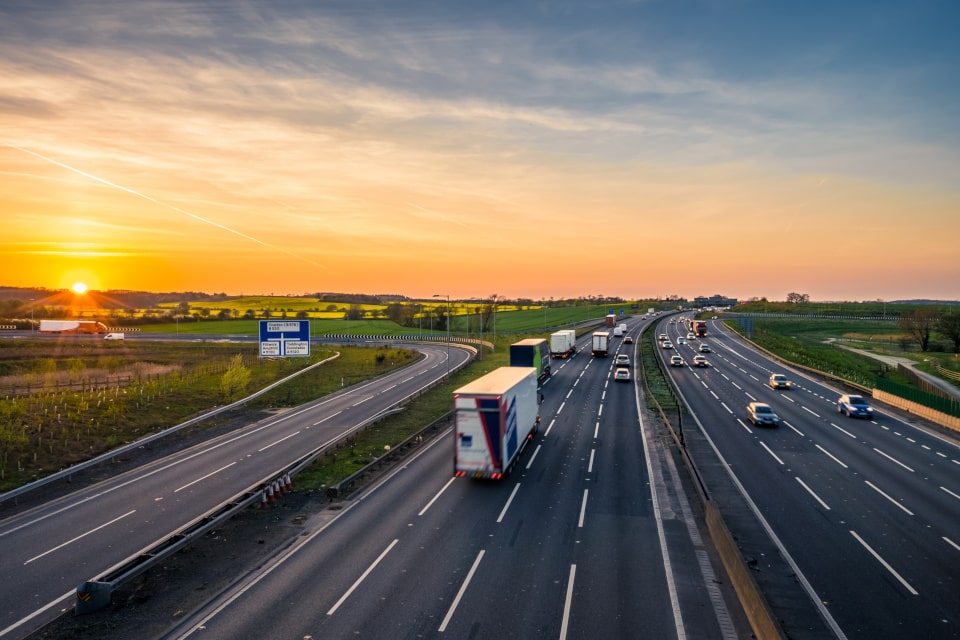 What is a smart motorway?

A smart motorway is a section of a motorway that uses traffic management methods to increase capacity and reduce congestion in particularly busy areas.

These methods include using the hard shoulder as a running lane and using variable speed limits to control the flow of traffic.

Highways England (previously the Highways Agency) developed smart motorways to manage traffic in a way that minimises environmental impact, cost and time to construct by avoiding the need to build additional lanes.

What types of smart motorways are there?

There are three types of schemes which are classed as smart motorways:

What is an Emergency Refuge Area (ERA) on a smart motorway?

Emergency Refuge Areas, also known as SOS areas, are intervals every 1.5 miles on smart motorways that offer a place of safety for stranded vehicles. On All Lane Running motorways, ERAs replace the role of the traditional hard shoulder.

ERAs are often painted orange so they’re clearly visible from a distance. They are marked with large blue signs with an orange telephone symbol.

Once in an ERA, you should come to a complete stop and switch on your hazard lights. Then, exit your vehicle and stand behind the crash barrier.

For more information, read our guide on what to do if your car breaks down.

Understanding the rules of the motorway is the best way to ensure you’re driving as safely as possible. It also reduces the risk that you’ll be involved in a motorway collision, helping you build a No Claims history over time.