Drinking and drugs: What you need to know about driving under the influence

In the UK, there are strict drink-driving laws in place designed to keep motorists and pedestrians safe. On the surface, it’s pretty clear-cut: don’t get behind the wheel if you’ve had too much to drink.

But what is too much? Many of us assume it’s fine to have just one drink and drive home — but is this actually legal? And what about if you’re on medication?

In our in-depth guide, we explain what the legal limit is, how to know if you’ve had too much, and what the law says about taking drugs and driving, prescription or otherwise.

What is the legal limit?

The ‘legal limit’ is a term most often used to describe the amount of alcohol you are lawfully allowed to have in your system and still drive a vehicle on UK roads. It’s determined by ‘units’, a simple metric used to tell you how much pure alcohol is in a drink.

The legal limit differs depending on where you are in the UK:

Any amount of alcohol in your bloodstream can impact your driving ability, putting you at risk for causing an accident.

Driving requires the ability to concentrate, make good judgements and quickly react to situations. Alcohol, however, affects these skills, putting yourself and others in danger. 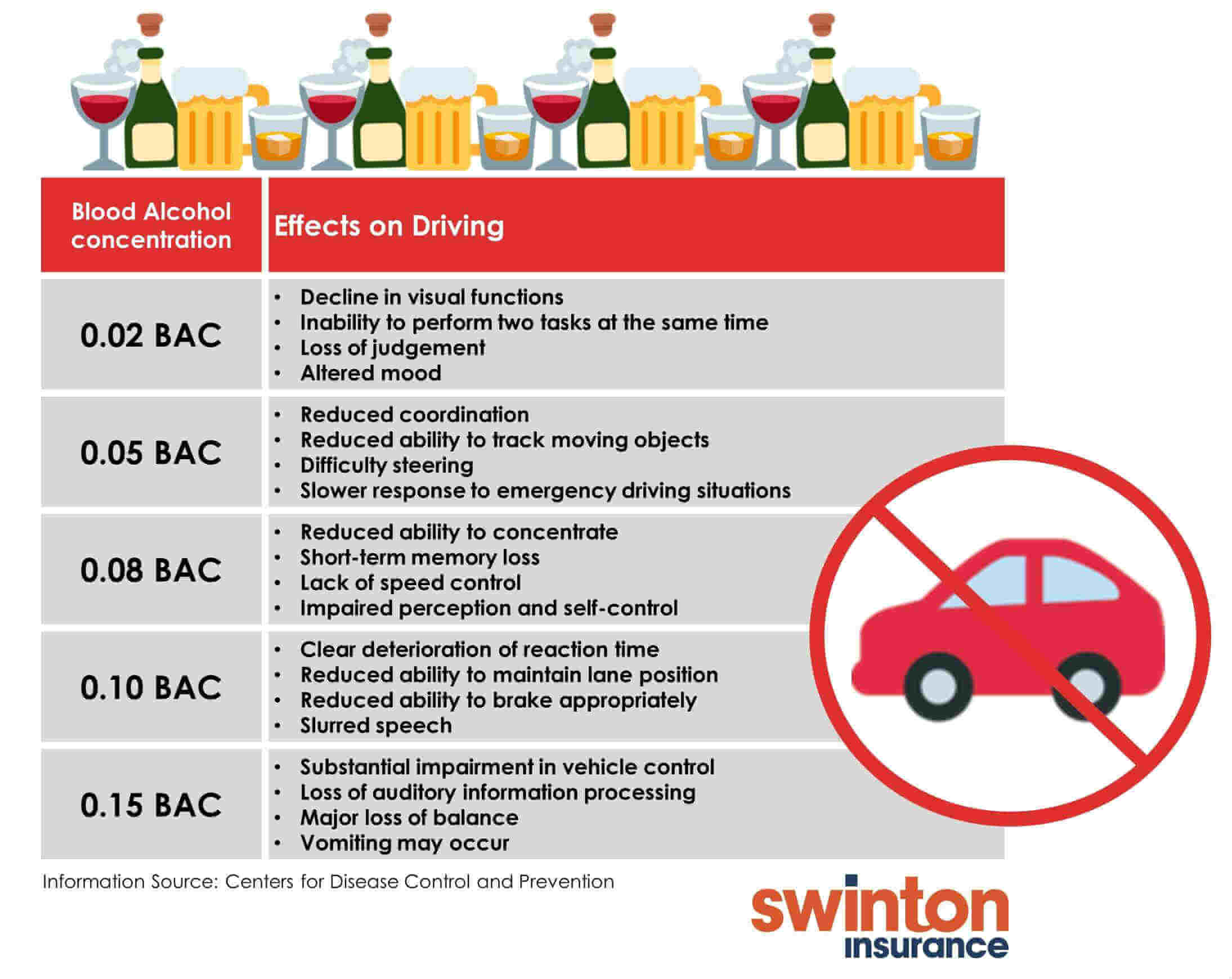 How many units are in a pint of beer?

The NHS advises that there are between two and three units in a pint of beer. The actual amount depends on the type of drink you’re having and the size of the glass.

Here’s how many units are in the most commonly ordered drinks in the UK.

How much can I drink and still be safe to drive?

While you can legally drive with a BAC of 0.8 in England, Wales and Northern Ireland and 0.5 in Scotland, it’s not necessarily safe to drive at these blood alcohol concentrations.

Because your blood alcohol concentration depends on a variety of factors that include your weight, height and metabolism, it’s impossible to say if there is a ‘safe amount’ of alcohol that everyone can drink.

The only truly safe amount is no alcohol whatsoever.

Here’s one example of how long it can take for alcohol to leave your system:

If you drink two glasses of Prosecco plus four large (250ml) glasses of wine on a Christmas night out, you will have consumed roughly 15 units.

After going to bed at midnight, if you set off the next day at 8am, it is likely you will still have around seven units of alcohol in your bloodstream.

Is there a way to get alcohol out of your system more quickly?

No — the only way to get alcohol out of your system is to wait for your liver to metabolise it properly. This relies on enzymes breaking the alcohol down, a process which can take considerably longer if the liver is damaged or not working correctly.

Whilst food or caffeine may help you feel more sober, this will not speed the rate of how long it takes for alcohol to leave your system. Eating won’t make you any safer to drive.

What does the law say about taking drugs and driving?

It’s illegal to have any drugs in your system that impair your ability to drive when you’re behind the wheel. That includes legal over-the-counter and prescription drugs.

If you are found to have illegal drugs in your bloodstream, you will be arrested, even if they have not impeded your driving.

The police can stop a driver they believe may be on drugs — legal or illegal — and conduct what’s called a ‘field impairment test’. They’ll carry out a series of checks like asking you to walk in a straight line and recite the alphabet backwards. They’ll also use special roadside kits to test you for illegal drugs like cannabis and cocaine.

Is it safe to drive when on prescription drugs?

While many prescription drugs can be taken with no effect on your ability to drive, there are a variety of factors that can make it dangerous to drive while on medication. This includes the dosage you’re taking and how your body reacts to the drug in question.

You should talk to your doctor about driving if you’re taking any of the following prescription drugs:

Penalties for driving under the influence (DUI)

What happens if you’re caught driving while over the legal limit?

Can you go to prison for drink-driving?

The penalties for drink-driving include:

If you’re involved in a fatal collision while under the influence, these penalties go up significantly to up to 14 years in prison and a driving ban of at least two years.

Can you go to prison for driving on drugs?

Yes, you can go to prison for up to six months if you’re found guilty of driving with drugs in your system. You’ll also face a driving ban for a minimum of one year and an unlimited fine.

Additionally, drug-driving convictions can make your car insurance costs increase significantly. It also makes it more difficult to travel to countries with tight border restrictions like Australia and the USA, and your employer will be able to see your conviction on your licence.

How to make it easier to avoid drink-driving

It is possible to enjoy a drink with friends and still get home safely. The best way to avoid drink-driving is to appoint a designated driver in your group: someone who agrees to abstain from drinking alcohol for the evening so they can drive everyone home safely.

For tips and advice on how to keep on top of your alcohol consumption to avoid drink driving — or to help a friend who’s struggling — you can take advantage of the free resources available at Drink Aware.

Understanding what the law says about driving under the influence makes it a lot easier to be safe on the road. Unfortunately, though, there’s never a guarantee that other road users will adhere to these rules, so you’re never 100% safe from being involved in an accident.

Thankfully, Swinton offers a range of Car Insurance options designed with you in mind. Our comprehensive policies are put together with over 60 years’ experience providing insurance to UK drivers, so you can rest assured that you’re protected for plenty of eventualities.

Most Reliable Cars on UK Roads

What to do if you are in a Car Accident