As a taxi driver, getting your passengers from A to B safely is your number one priority. But while you’re more than familiar with the rules of the road, there are some taxi laws that could land you in hot water…

CCTV systems in taxis and private hire vehicles are becoming increasingly common – in fact, many local authorities now require them to be installed, as they can help to fight crime and protect both drivers and passengers.

However, it’s been highlighted by the Information Commissioner’s Office (ICO) that CCTV systems that continuously record are on the rise. Continuous recording CCTV, as you might imagine, carries on recording until the vehicle’s engine is switched off, so even when you’re not carrying passengers or you’re off duty.

The ICO’s view is that continuous recording is unlawful, and that it’s important for taxi drivers to protect themselves against complaints about the overuse of CCTV. Generally, the use of CCTV should only be when it’s necessary, i.e. when transporting passengers, and it should be switched off when you’re off duty.

Generally, children up to the age of 12 must use car seats, however the rule is different when travelling by taxi. If you’re not able to provide a car seat, children aged three and above must travel in the rear of the vehicle and use an adult seat belt.

Younger children below three years of age must sit in their own seat next to an adult – it’s thought that this is safer than holding them, in case of an accident or a sudden stop.

Interestingly, and perhaps surprisingly, licensed taxi drivers carrying passengers or ‘plying for hire’ don’t have to wear seatbelts. The reason behind this unusual law is to protect taxi drivers from being attacked – it’s thought that a seat belt could be used to hold the driver down in their seat.

Another reason is that it simply makes it easier for taxi drivers to move in and out of their vehicle to assist passengers.

Officially known as the Air Quality Regulations 2019 (Taxis and Private Hire Vehicles Database) (England and Wales), the introduction of the taxi air quality law means that all councils responsible for licensing taxis will need to provide certain information about them to a national database.

This follows the UK’s failure to comply by EU limits for nitrogen dioxide, and the introduction of Clear Air Zones (CAZs) in the nation’s towns and cities, in a bid to decrease pollution on the roads and improve air quality.

In order to correctly identify taxis and private hire vehicles, councils will be required to share data including the vehicle registration number, the licence start and end dates, the name of the licensing authority, and whether the vehicle is a taxi or a private hire vehicle. Such information will need to be provided on a regular basis, possibly as frequently as once a week.

It’s thought that the implementation of CAZs by local councils will result in charges being applied to both taxis and private hire vehicles – in fact, it’s already happening in central London, and other UK towns and cities are expected to follow suit soon.

Taxi drivers must allow their passengers to carry a ‘reasonable’ amount of luggage, i.e. luggage that will fit safely within the vehicle, and should aim to assist with loading and unloading of luggage where possible.

Whether you’ve been driving a taxi or private hire for six months or six years, in all likelihood you’ve come across a sickly passenger at some point.

Statutory rules around soiling are generally laid out by the licensing council, so ensure you check with them to ensure you ask any passengers who have soiled your vehicle for the correct amount.

While you might think that it’s illegal to have an open alcohol container in a taxi, you may be surprised to learn that it’s not: As a taxi driver, you should (obviously) not be drinking alcohol, however it isn’t actually illegal for an adult taxi passenger to drink it.

Nonetheless, drinking alcohol while riding in a taxi or private hire vehicle isn’t really considered the norm. It’s important that a calm, respectful environment is encouraged, to make taxi rides safer and more enjoyable for everyone.

As has been the case since 2007, smoking isn’t allowed in enclosed public places, workplaces and public and work vehicles. This includes all taxis and private hire vehicles, even when the vehicle isn’t carrying passengers.

It’s also a requirement for no smoking signage to be displayed, and any drivers or passengers caught flouting the rules can be fined up to £200.

This information also applies to e-cigarettes.

Don’t forget, Swinton offers access to a knowledgeable team of Taxi Insurance brokers. We can help you get a Taxi Insurance quote to suit your individual needs.

On April 6th 2017, a new accessibility law came into place to tackle discrimination against wheelchair users. All taxi and private hire vehicle drivers in England, Wales and Scotland are now obliged by law to transport wheelchair users in their wheelchair, provide appropriate assistance, and charge them the same as non-wheelchair users.

If you’re found to be in violation of the law, you could face a fine of up to £1,000, and you could even have your licence suspended or revoked by your local licensing authority. 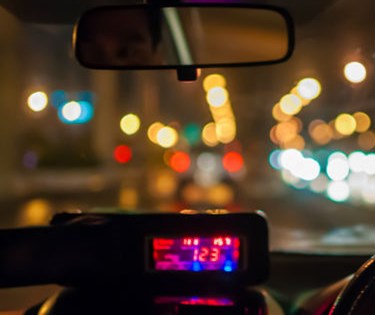