Whose right of way is it?

Do you ever arrive at a busy crossroads, or meet cars coming from every angle at a roundabout, and question yourself over who has right of way? If you answered yes, then imagine finding yourself at this junction…. 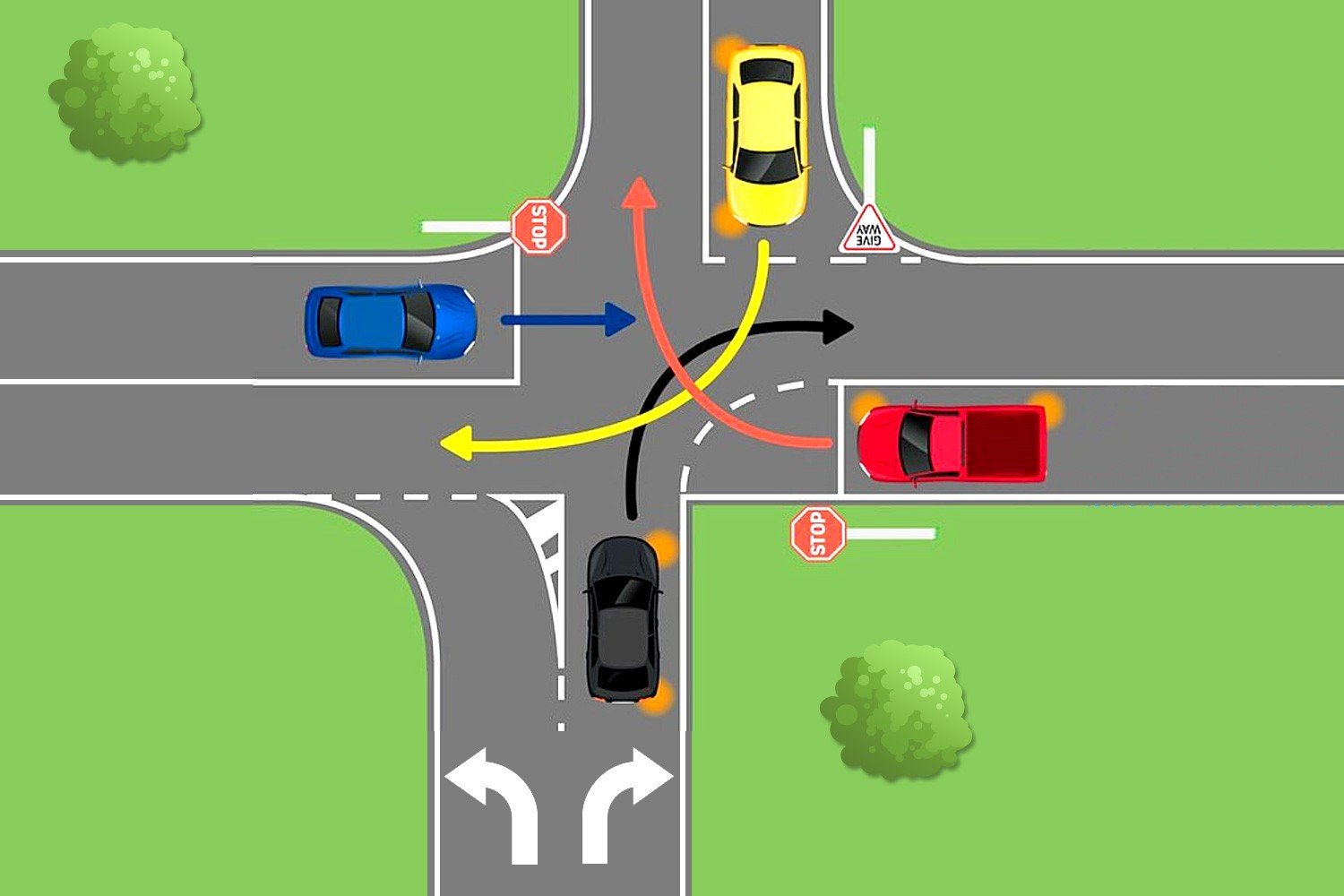 Who has right of way?

This head scratcher, based on an intersection in Australia, has been baffling drivers on the Internet over who has the right of way. Can you figure out the right order for the cars to move?

Spoiler alert: We reveal the answer below, so don’t read on until you’ve decided on your answer. Why not ask your friends, family or colleagues to take a look too and see who can work it out first.

According to the Royal Automobile Club of Queensland, in Australia, the black car has right of way as it’s on a one-way street and doesn’t face any sign. As the blue car is the only car facing a stop sign but not turning, it would be second in line to go. Then, as the red car would have to give way to its right, the yellow would be next to go, leaving the red car last to move. But over here in the UK, we might approach this differently.

According to IAM RoadSmart, UK drivers don't strictly have to give way to the right at a crossroad like this. If the red car was considered to be on the ‘major road’, it would have priority over the yellow, so could go as soon as the blue has moved through. As it’s only at a give-way sign, the yellow car could also claim priority. However, as it’s likely that both cars would have stopped, the red would need to turn off the main road first.

So, for us in the UK, the truest answer is that after the black car has moved first, it’s a bit of a negotiation as to who moves next. But the most sensible scenario would be: black, blue, red then yellow. Did you get it right? 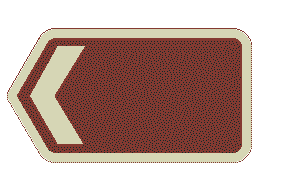 What does a sign with a brown background show? 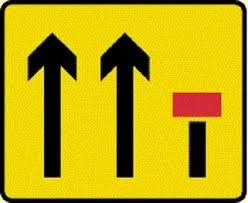 You’re at a junction controlled by traffic lights. When shouldn’t you proceed at green?

When your exit from the junction is blocked 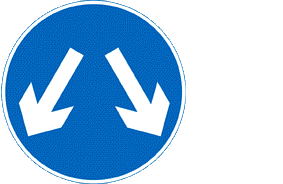 Pass either side to get to the same destination 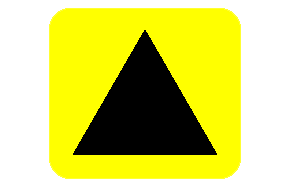 You’re turning right onto a dual carriageway. What should you do before emerging?

Check that the central reservation is wide enough for your vehicle

In which of these situations should you avoid overtaking?

Approaching a dip in the road

You see a pedestrian with a dog. The dog has a yellow or burgundy coat. This especially warns you that the pedestrian is?

You’re on a motorway. There are red flashing lights above every lane. You must?