It’s no exaggeration when we say that SMEs are the backbone of the economy in Northern Ireland, which also has a strong manufacturing industry. The UK’s decision to leave the European Union will bring with it both uncertainty and opportunity for the region.

Northern Ireland has the highest concentration of small and medium sized businesses of anywhere in the UK, making up 99.9% of all businesses and generating around three quarters of all private sector income and employment.

While SMEs are thriving, Northern Ireland has unfortunately seen the smallest growth in business numbers overall in the UK, with just a 2% increase. In particular, smaller businesses with less than 50 employees are suffering, having fallen by 6%. 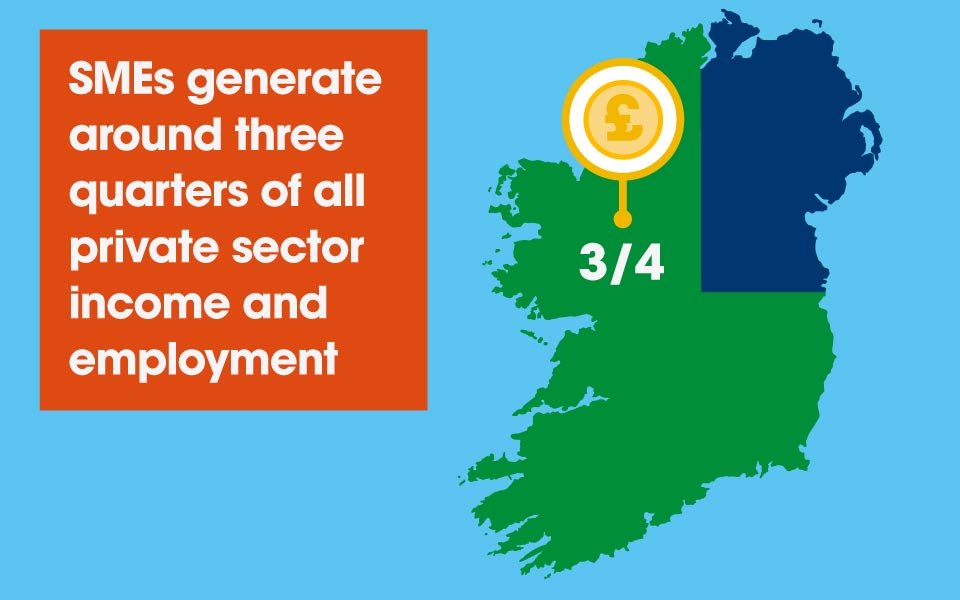 Although most industries are currently on the decline in Northern Ireland, the more positive news is that there has been some development in the information and communication sector. In areas such as publishing, telecommunications and film/TV production, businesses have grown by 36%. Moreover, in Northern Ireland’s capital city, Belfast, there has been even greater success in this field, with businesses increasing by 52%.

Furthermore, professional, scientific and technical businesses, such as legal, research and architectural firms, are also making some headway, with numbers rising by 25%.

Manufacturing accounts for about a quarter of all jobs and almost a third of all revenues, with key sectors including food and drink, transport, technology, building products, fabrics, polymers, packaging and renewables.

The service industry includes particular strengths in legal services, financial services and information technology, and is largely centred in Belfast, where more than half of jobs in the sector are located.

Electricity, gas, steam and air conditioning supply business numbers have increased by 592% since 2017 which is the largest growth seen outside London.

The region has a growing tourist sector, attracted by its spectacular natural resources, with the number of overseas visitors increasing by more than a tenth during 2016.

This sector holds significant further growth potential and, like manufacturing, is feeling the benefit of the depressed pound, which has made visiting Northern Ireland more affordable for tourists.

In comparison to recent years, which have seen economic decline in Northern Ireland, this year looks set to be more prosperous with the expectation being that the economy will grow by 1% this calendar year (2017).

Live redevelopment and construction projects taking place in Belfast, including new builds for big businesses such as Concentrix and Allstate, are also promising for business growth.