Yorkshire and the Humber

Traditionally a centre for heavy industry, textiles, mining and agriculture, Yorkshire and the Humber has transitioned into a more diverse economy with strengths in manufacturing and the service industries.

Manufacturing is the largest industry in the region, accounting for just under a fifth of the economy, with a particular strength in the food and drink, basic metals and metal products sectors.

It also performs well in medicinal and pharmaceutical products, organic chemicals and general industrial machinery, which are the region’s top three exporting sectors. 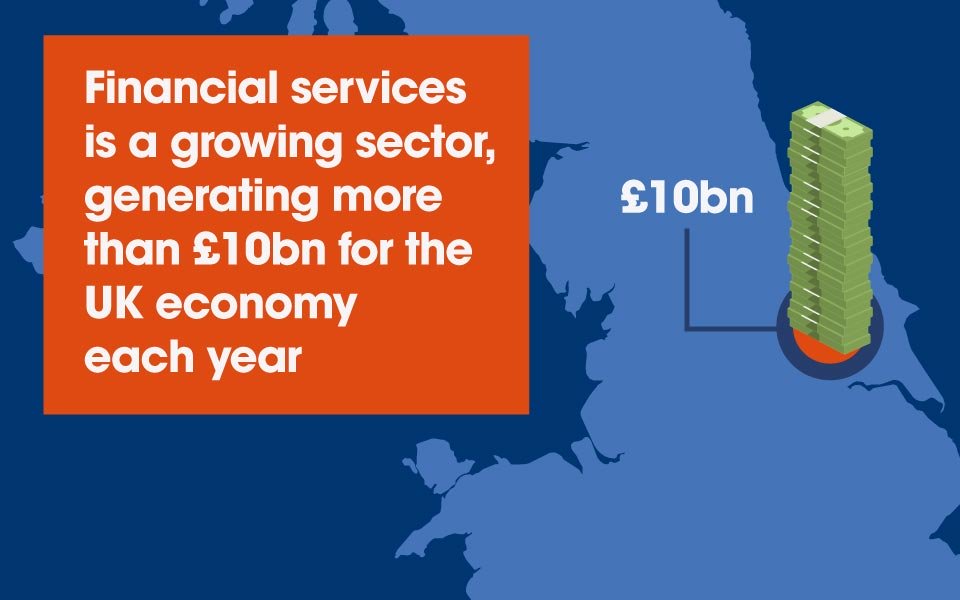 The number of businesses in the accommodation and food service industry saw an increase of 15% between 2010 and 2017, and the region’s tourism industry has recently been boosted by high-profile events like the Tour de Yorkshire and Hull being named City of Culture 2017.

Financial services is a growing sector, largely based in Leeds. The industry employs 128,000 people and generates over £10 billion for the UK economy each year. Sheffield’s financial sector is also growing and employs around 43,000 people.

Leeds is also a large retail centre and is home to high-growth industries including gaming, medical technologies and education technology, with organisations including NHS Digital and Rockstar Games.

Other growth sectors for Yorkshire and the Humber more broadly include environmental technology, construction, retail, real estate and public services—primarily health and education—while the number of businesses in the transportation and storage industry grew by 62% between 2010 and 2017.

In the town of Doncaster, the number of businesses within the transportation and storage industry has grown massively, by 146%. Global retailer Amazon opened a huge new warehouse in the town in 2017, plus another recent addition is the High Speed Rail College. The specialist training and education facility is dedicated to the future of the railway industry in the UK.

Also underway in Doncaster is the Great Yorkshire Way project, which aims to connect the market town to the Doncaster Sheffield Airport, with 1.5km of high-quality road infrastructure.

There has also been a large increase in the number of administrative and support businesses in Doncaster, which has grown by 183%. This sector includes employment, rental and travel agencies, along with security and investigation services. Security firm 8Point8 Vanguard Ltd, recently launched in the town, and received £100,000 investment to build 20 CCTV towers from Finance Yorkshire.

Most other industries in Yorkshire and the Humber have seen smaller increases, particularly finance and insurance, which has increased by only 6% compared to 14% for the rest of the UK.

The region has large rural areas with a high proportion of agricultural businesses, while its exposed coastline has seen the development of an emerging renewable energy industry with a growing number of wind farms.

The Northern Powerhouse – which Yorkshire and the Humber is a part of – is mooted as a way to rebalance the UK economy away from London and the South East by creating stronger infrastructure links between cities including Manchester, Liverpool, Leeds, Sheffield and Hull, as well as investing in science, innovation and skills in these areas.